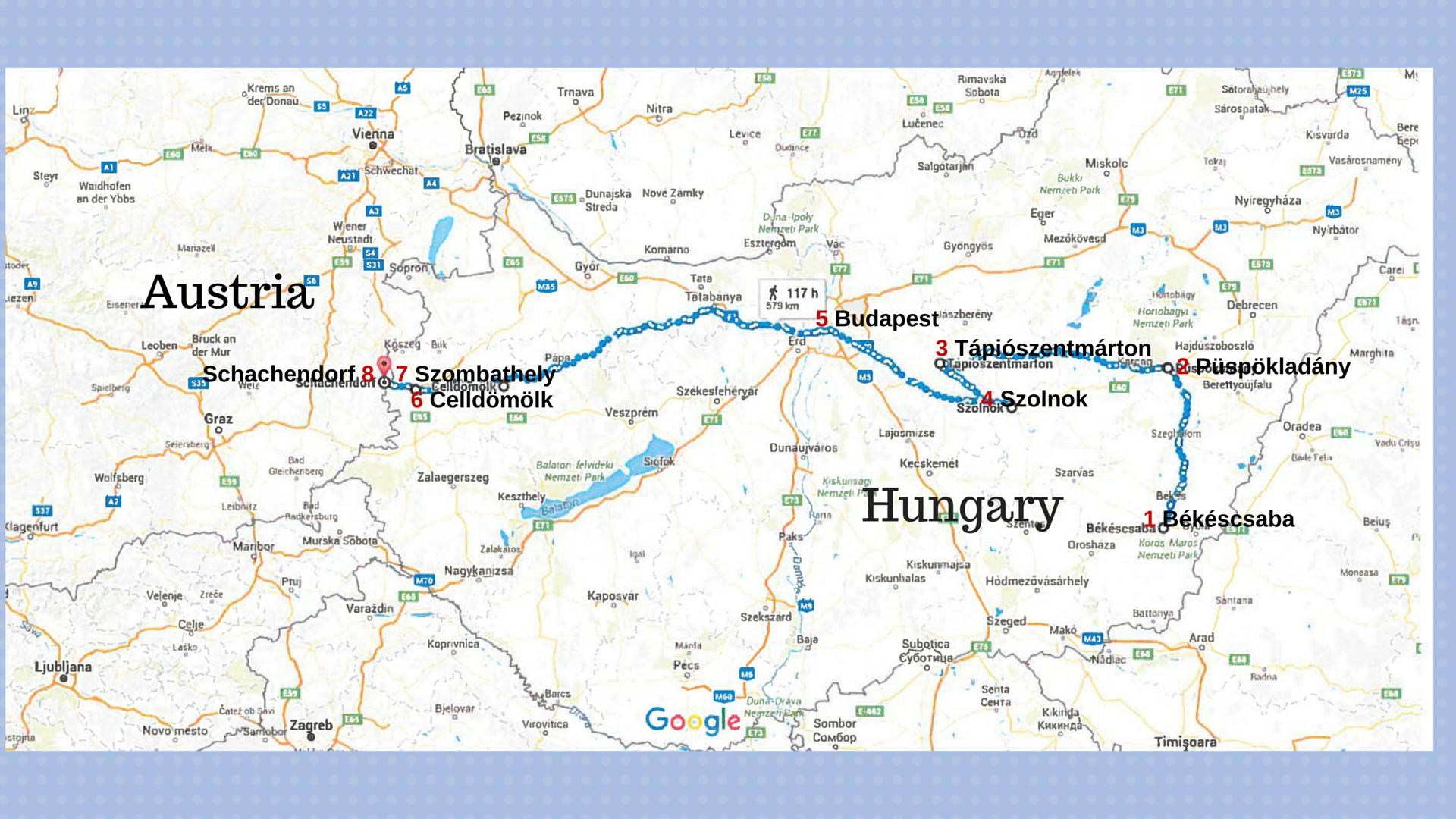 The Hungarian Gendarmerie (a military force charged with police duties among civilian populations) woke up the Jews in Békéscsaba in the middle of the night and moved them to a ghetto, enclosed districts that isolated Jews by separating Jewish communities from the non-Jewish population. Life in the ghettos was marked by overcrowding, forced labour and in many cases starvation. However, according to the Yad Vashem website, the ghettos in Hungary were short-lived. After two to six weeks, the Jews of each ghetto were put on trains and deported. Between May 15th and July 9, about 430,000 Hungarian Jews were deported, mainly to Auschwitz, where most were gassed on arrival.

My father, however, never lived in the ghetto. The Gendarme gathered about 100 boys, my father among them, and assembled them in a jail, a place of temporary internment, from where they would eventually be taken to forced labour camps.

After a few days in the jail, the group of boys was forced marched about 90 km to the town of Püspökladány. During the next few weeks, 500 more boys from surrounding areas were forced to join the original group. “At Püspökladány, we were given to eat. We didn’t starve there,” said my father. During the day, the boys engaged in military exercises and had the good fortune to have an empathetic lieutenant, a teacher by profession. His name was Lieutenant Nagy, who my father described as “a very good man.”

At Tápiószentmárton, the next town to which the boys were marched, the boys built a military airport for the German and Hungarian pilots. It was the month of September, and on Rosh Hashana (the Jewish New Year),  the boys tried to pray during their one-hour break from 12 to 1 p.m. “Did you have prayer books?” asked the interviewer. “No,” answered my father. “A couple of boys knew the prayers by heart, and the boys would follow.” But prayer became impossible when the English Allies bombarded them. “It was very scary,” said my father. On Yom Kippur (Day of Atonement, a day of fasting for traditional Jews), Lieutenant Nagy prepared a larger than normal meal for the boys to break their fast on. He also tried to minimize their work, saying “Today is a holy day, and the boys should stay in their barracks.”

In spite of these graces, life held more cruelty than good fortune. “The Hungarian Gendarme were very cruel,” said my father. “It was nothing for them to shoot you. That’s it. From one minute to the other, you were dead. “

And theme of Sipos. “He was such a bastard,” said my father. “He hated the boys who had a university education. He couldn’t take it that a Jewish boy was educated. He strung up one boy, who was going to be a doctor, with his hands behind his back. He did this three or four times until he died.” There was nothing that could be done. No court of law to whom to voice one’s grievance. No authority to answer to. Whatever one wanted to do could be done.

There was also Dr. Rozsa, described by my father “as the meanest person you could think of.” He was a kapo, a Jewish prisoner who was assigned by the SS guards to supervise forced labour or carry out administrative tasks in the camp. The system was designed to turn victim against victim, as the prisoner functionaries were pitted against their fellow prisoners in order to maintain favor with the guards. “He watched our every move and reported to the Germans. While we were starving, he got extra food.”

The interviewer probed, asking difficult questions. It was then that my father began to describe his internal life, a revelation to me, particularly since his demeanour was almost always one of stoic composure: “We were powerless, weak, and undernourished. We were so run down, we could hardly walk from weakness. “What about prayer?” asked the interviewer. “Did it provide any hope?“ “We wanted to pray,” answered my father, “but it came to a point when we were completely demoralized. What we were thinking was ‘Today this person has died; tomorrow it will be our turn.’ We were so ready to die that we didn’t think that prayer would help us. “

Crossing the border to Schachendorf, Austria

The boys left Tápiószentmárton and were forced marched through various cities and towns, en route to the Austrian border: from Solnik to Budapest to Celldömölk and Szombathely. It was there that Lieutenant Nagy handed the boys over to the German SS, but before he did, he held a speech expressing his hope that they would be liberated one day.

But that day would not come for another seven months, and in the interim, my father would have to survive a concentration camp: Schachendorf, in Austria.

Published by My Father's Story: an unusual life

HI, My name is Miriam Perl, and I am the daughter of Herschel Perl, a Holocaust Survivor who passed away in 2015. A few months after his passing, I decided to write his story, which looks back at his life from early childhood right up to the end of his life. My blog entitled "My Father: an unusual life" is a tribute to him and his legacy. View all posts by My Father's Story: an unusual life

Leave a Reply to My Father's Story: an unusual life Cancel reply